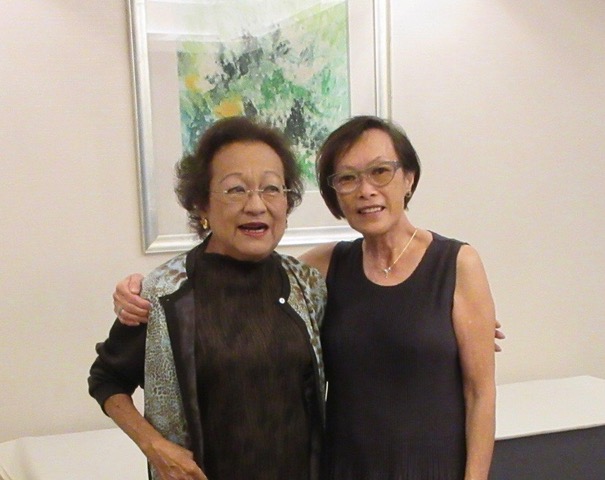 From left: Peggy and Beatrice (2018 Reunion)

Peggy had a vivacious personality - always cheerful, smiling, laughing, fun loving, warm and generous by nature.  She valued friendship greatly.  The fact that I had left Ying Wa after Form One, and did not re-connect with her until 46 years later (at our first class reunion in Vancouver in 2002), and we spoke like old friends again, goes to show Peggy not forgetting her friends.  In more recent years, when she suffered many illnesses, she still attended the monthly lunch gatherings of her classmates in Hong Kong, whenever possible.  When her businesses took her to Beijing often, she would connect with classmates who happened to be in the city. 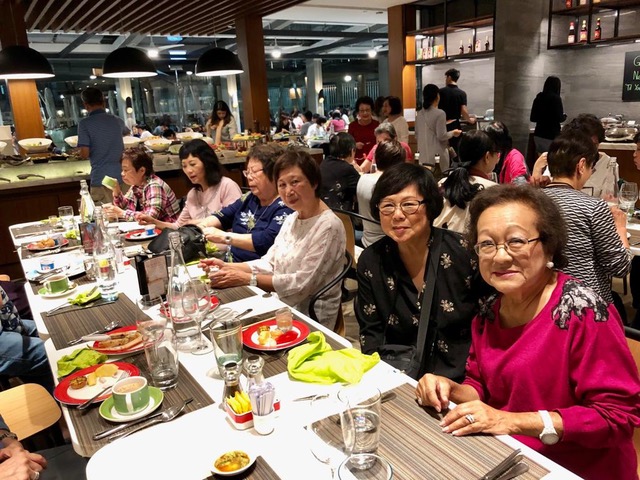 At school, Peggy excelled academically.  In business too, she was a success.  Returning from her studies in France, she even engaged in a business of French wines!  We, her classmates, have had the good fortune of tasting Peggy’s choice of wines, when, in her generosity, she would bring some bottles to augment the enjoyment of our meals together. 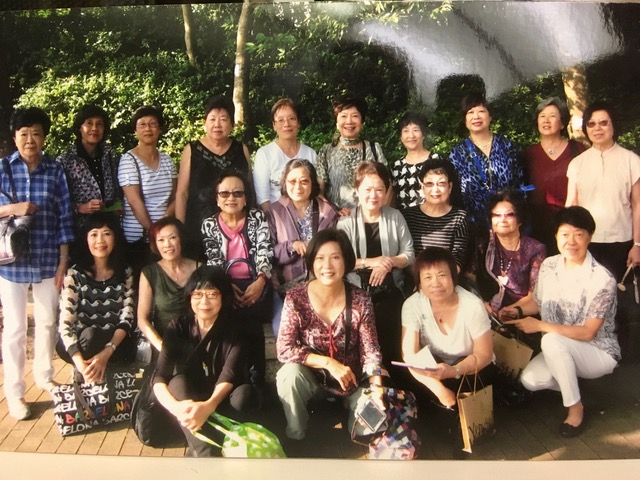 Peggy (second row, 3rd from the left) at the 2015 reunion in Hong Kong

Despite her many life-debilitating health experiences, Peggy never gave up ‘la Joie de Vivre’.  Her positive attitude was expressed in the way she presented herself - elegant, fashionable, chique.  Yet her manner was unpretentious, congenial.  So as we, her classmates and friends, seek to commemorate her life and her loyalty to Ying Wa (the school she attended from Kindergarten to Form Six), we have decided to make a donation, in her name, to the fundraising movie gala of ‘To My 19-year-old Self’ directed by Mabel Cheung Yuen Ting (’68), to be premiered this December.  Purpose of the fundraiser is to generate the necessary resources for the school to develop extracurricular opportunities in education and activities for all students, irrespective of their social backgrounds, for the hope of building a more equitable society in Hong Kong.  This, we feel sure Peggy would whole-heartedly endorse. 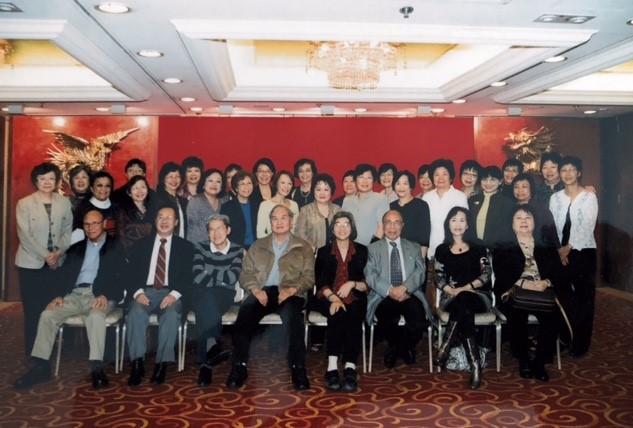 Peggy (second row, 5th from the left) at the 2002 reunion in Vancouver