With much sadness, on 9 October 2021, our Class of 1962 lost another beloved classmate Theresa Yeung Kit Yiu (楊潔瑤), aged 79, after long years of suffering; so soon after our other classmate Peggy Ho Pik Yue (何璧如) who slipped away on 24 July 2021.  Kit Yiu was a tower of strength, a fighter.  Yet, she was kind, helpful, giving, benevolent, athletic and fun; affectionately nicknamed ‘Grandpa’ (阿爺) among her classmates.

My friendship with Kit Yiu spanned more than six decades.  I left Ying Wa after Form One, for studies in England.  On her travels with her mother, Kit Yiu visited me in London.  Years later, Kit Yiu emigrated to Winnipeg, and I to Toronto, in Canada.   We kept in touch.  Shortly after my visit to Winnipeg, some thirty years ago, Kit Yiu suffered a massive stroke, which left her a hemiplegia.  Down the years more strokes followed and other health issues too.  Kit Yiu loved life, accepted her disabilities and never gave up.  With the tireless attention of her husband Peter, she took part in every class reunion, beginning from 2002 till 2010, with her last physical participation in an Alaskan cruise.  It was her deep, trusting faith in God that enabled Kit Yiu to endure all her challenges.

Kit Yiu’s loyalty to Ying Wa and her Class of 1962 is endearing.  Three weeks before she died, I visited her at her nursing home.  She was already sleeping a lot, unable to recognize visitors.  I began to repeat my Chinese name 潘幗賢 and ‘Ying Wa' in her ear.  Amazingly she opened her eyes, looked at me, and smiled!  I then sang our school song to her.  And according to her husband, that was Kit Yiu’s last smile - Her gift to me.

As in the case for Peggy Ho Pik Yue, our Class of 1962 has decided to make a donation, in honour of Theresa Yeung Kit Yiu, to the fundraising movie gala of ‘To My 19-year-old Self’.  Though departed, Kit Yiu exemplified the spirit of Ying Wa Girls’ School.  The spirit of truthfulness, loyalty, sincerity, kindness, the joy to live, and most of all, an enduring faith.  阿爺 will be sorely missed! 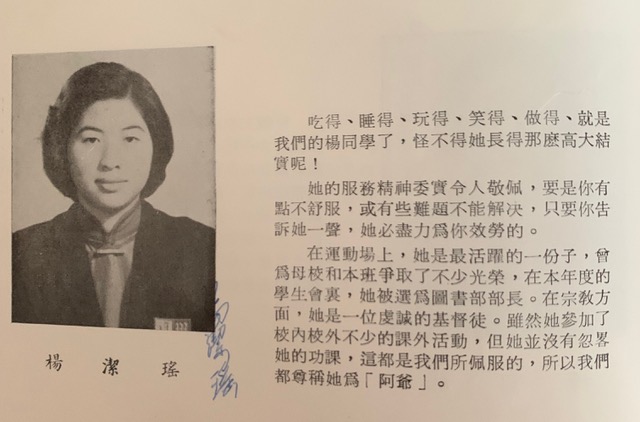 Kit Yiu, as in student records of Class of 1962 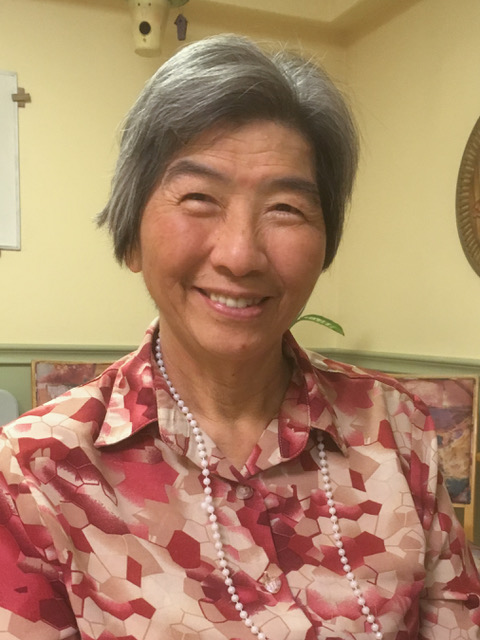 Kit Yiu in her middle years 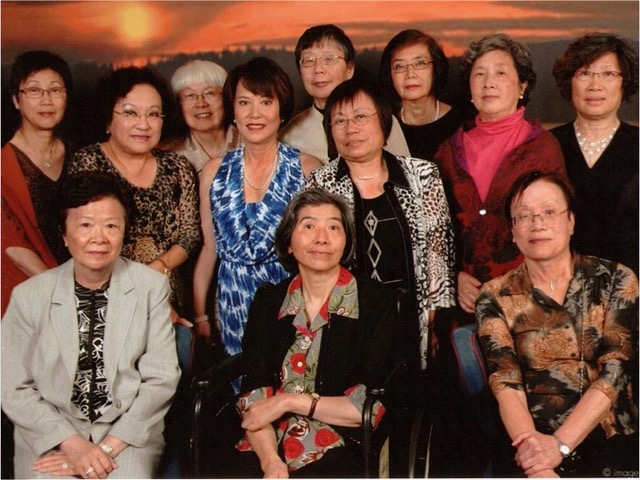 Kit Yiu (front row, middle) and Peggy (middle row, second from the left) at the reunion Alaskan cruise in 2010 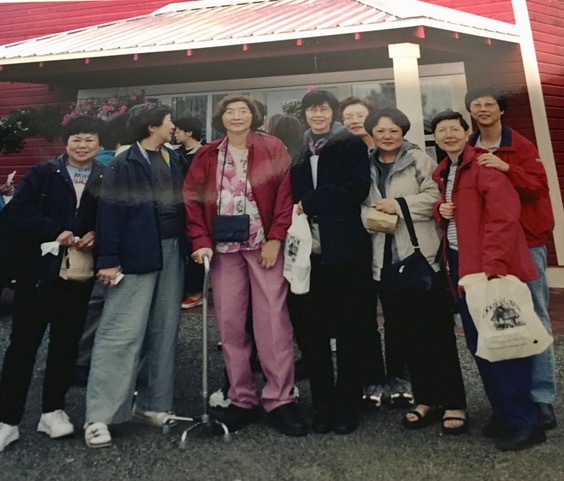