An Active Alumna Across the Ocean

An Active Alumna Across the Ocean

On my trip upon retirement to the U. S. and Canada in 2015, I was introduced to Wendy Tam (Cheng Wing Yuk) (’61) by Miss Yau Ping Wai (alumna (’59) and former teacher) who is very enthusiastic in promoting alumnae connections, especially overseas.  On 19 October 2015, Wendy liaised with a number of alumnae and hosted a welcoming dinner for me in Fremont.  That gathering also marked the preliminary initiation of a new alumnae chapter in the San Francisco Bay Area.  Since then, Wendy and I have been keeping good contacts.  Her sister-in-law Eva Tam (’56) is our alumna as well.

Wendy entered Primary 1 in Ying Wa in 1948.  Her father who had once worked in the education field made the school choice for her to get a good education.  At that time, Wendy’s cousin, Cheng Kit Ping, was studying in Ying Wa.  So was Eva who accompanied Wendy to school daily for the first few years of school.  It so happened that Wendy’s husband, Tam Tin Yiu, the elder brother of Eva, was also a past student of Ying Wa, studying from Primary 1 to Primary 4, after World War II.  Their daughter, Polly Tam, was also a secondary school student of Ying Wa, from 1979 to 1982, before she went to the U.K. for further studies. 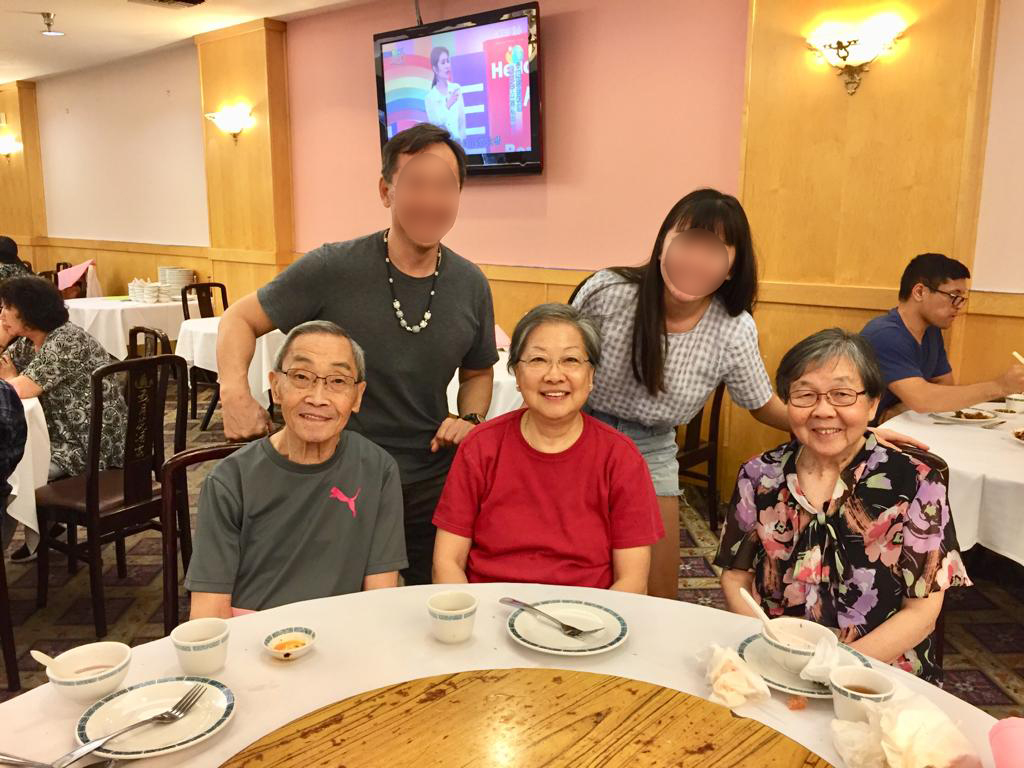 When Wendy was in Ying Wa, the school population was much smaller.  With most of the students living in the vicinity or attending the same church, it was easy for the girls of different years to know one another.  There were a lot of childhood friends around.  Because of Wendy’s sociable and amiable character, she has developed a great and extended network in the Ying Wa community.

Wendy was an active member in school and enjoyed a diverse array of interests ranging from sports to handicrafts.  One of her hobbies was photography.  With her camera, she took pictures of not just school activities such as the school picnic but also pictures of the principal and teachers.  She could still identify some of her works amongst pictures kept in the school archives!

She definitely has quite a lot of good memories of Ying Wa.  Amongst them, she quoted one which has left a marked impression on her.  As a graduate, she lined up with others to go into Miss Silcocks’ office one by one to get her testimonial.  While chatting with her, Miss Silcocks typed the testimonial and signed it off at the end of their conversations.  She admired much of Miss Silcocks’ love and care for students, and of course, her stunning work efficiency.

Far, Far Away, Yet our Hearts Remain

With a heart for Ying Wa, Wendy has always been an active participant in the Alumnae Association activities such as the Annual Dinner around Founder’s Day in every March. She used to actively liaise with her classmates and line up the table bookings.  Even after her move to the U. S. in 1992, she still holds very strong bonding with Ying Wa sisters and former teachers.  Her heart for people and Ying Wa has helped weave a very rich Ying Wa network, which is further buttressed with the advancement of modern technologies.

Wendy mentioned that many alumnae overseas care much about the school despite their physical distance.  Their hearts are always with Ying Wa.  Under the cloud of the pandemic, social, economic and political uncertainties, their sincere wish is to see Ying Wa uphold the noble and much endeared heritage of our selfless missionary forerunners and nurture our younger sisters in the love of God.  It is important for the school to conduct the path of education from generation to generation in the right direction according to the founders’ will.

In face of whatever changes and challenges, it is important for Ying Wa girls to stay together, united in one heart for Christian education.  Having worked in St. Stephen’s Girls’ College as the Principal’s secretary for quite a number of years, Wendy well understands how a school is run.  She therefore has complete trust in and respect for the School Council of Ying Wa on every major decision made.

A Measure of Eternity

Regarding the wide spectrum of alumnae ranging over a number of decades, Wendy appreciates the challenges of being united in one heart.  Yet, she opines that our love for Ying Wa can surpass the generation gaps.

Wendy’s optimism coincides with what the Jewish Rabbi Harold S. Kushner has written:

“God assures us, in a way that no mortal can, that what we do not achieve in our lifetime will be completed beyond our lifetime and in part because of what we did in our lifetime.  Human beings may be mortal, appearing on earth for just a few years, but God's will is eternal..... good deeds are never wasted and not forgotten.  What cannot be achieved in one lifetime will happen when one lifetime is joined to another.  People who never knew each other in life become partners in making good things happen, because the Eternal God gives their deeds a measure of eternity.

I stood in the Canadian Rockies and have seen the gorges cut into the mountain rock by flowing streams of water.  To the casual observer, it would seem that nothing on earth is harder than rock and nothing easier to divert than water.  Yet, over centuries, the water has won the battle, cutting into and reshaping the rock.  No one drop of water is stronger than rock, but each one contributed to the ultimate victory.”

While we may be alumnae belonging to different eras and we may not even know one another, yet, if the touching of lives of different eras in Ying Wa continues, we mortals can join hands together. The spirit of Ying Wa will then be passed on with a measure of eternity.

Yes.  While the school might be facing uncertainties and challenges and no one knows what lies ahead, the support, prayers, trust and blessings of every alumna will definitely bear great significance to our alma mater in one way or another.