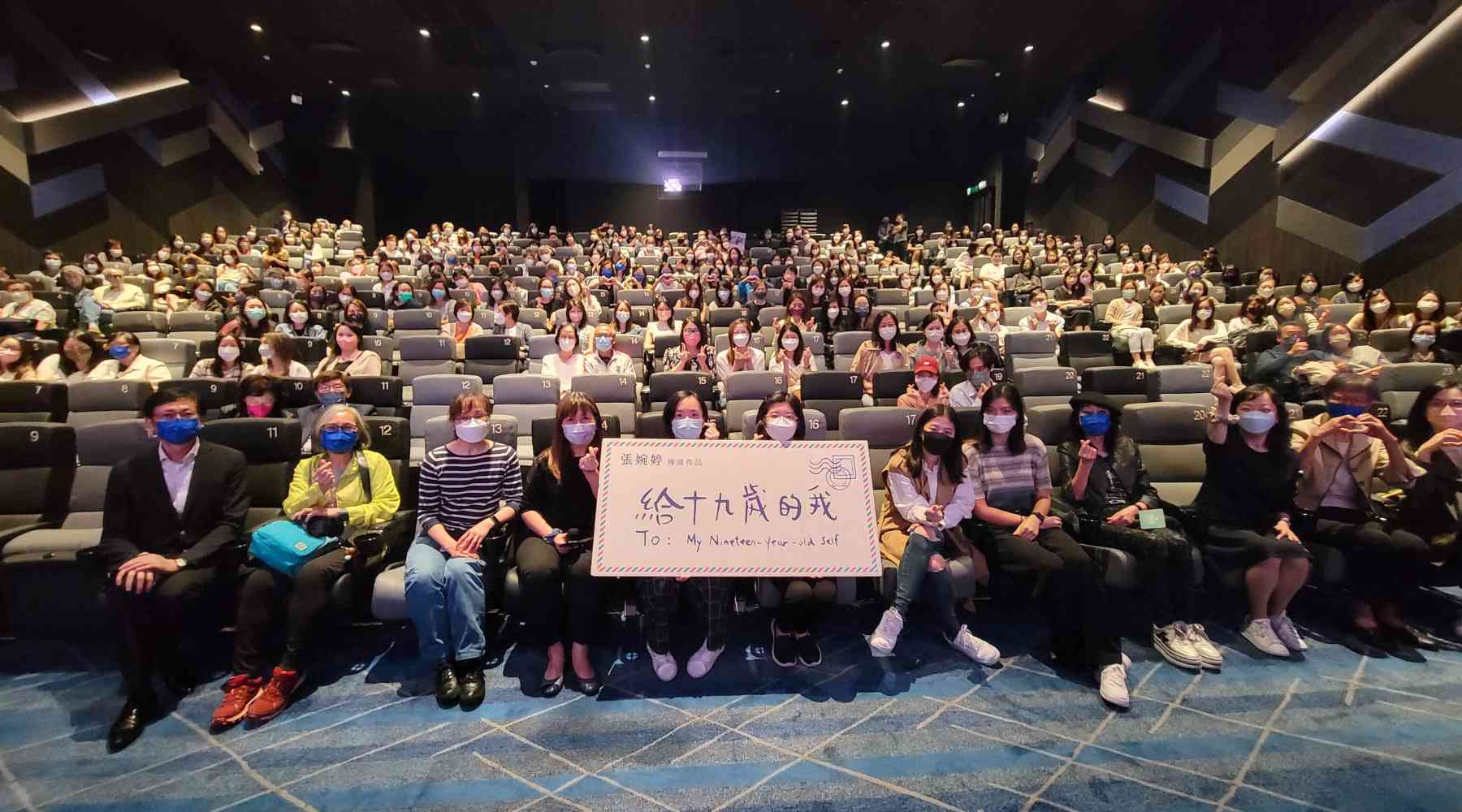 The Alumnae Association held three private screenings for Ying Wa’s first-ever documentary To My Nineteen-year-old Self <<給十九歲的我>> at Premier Elements on October 30. Ms Mabel Cheung (張婉婷導演), the Film Director, and the main casts proudly attended the screenings and they stayed behind for post-screening sharings. 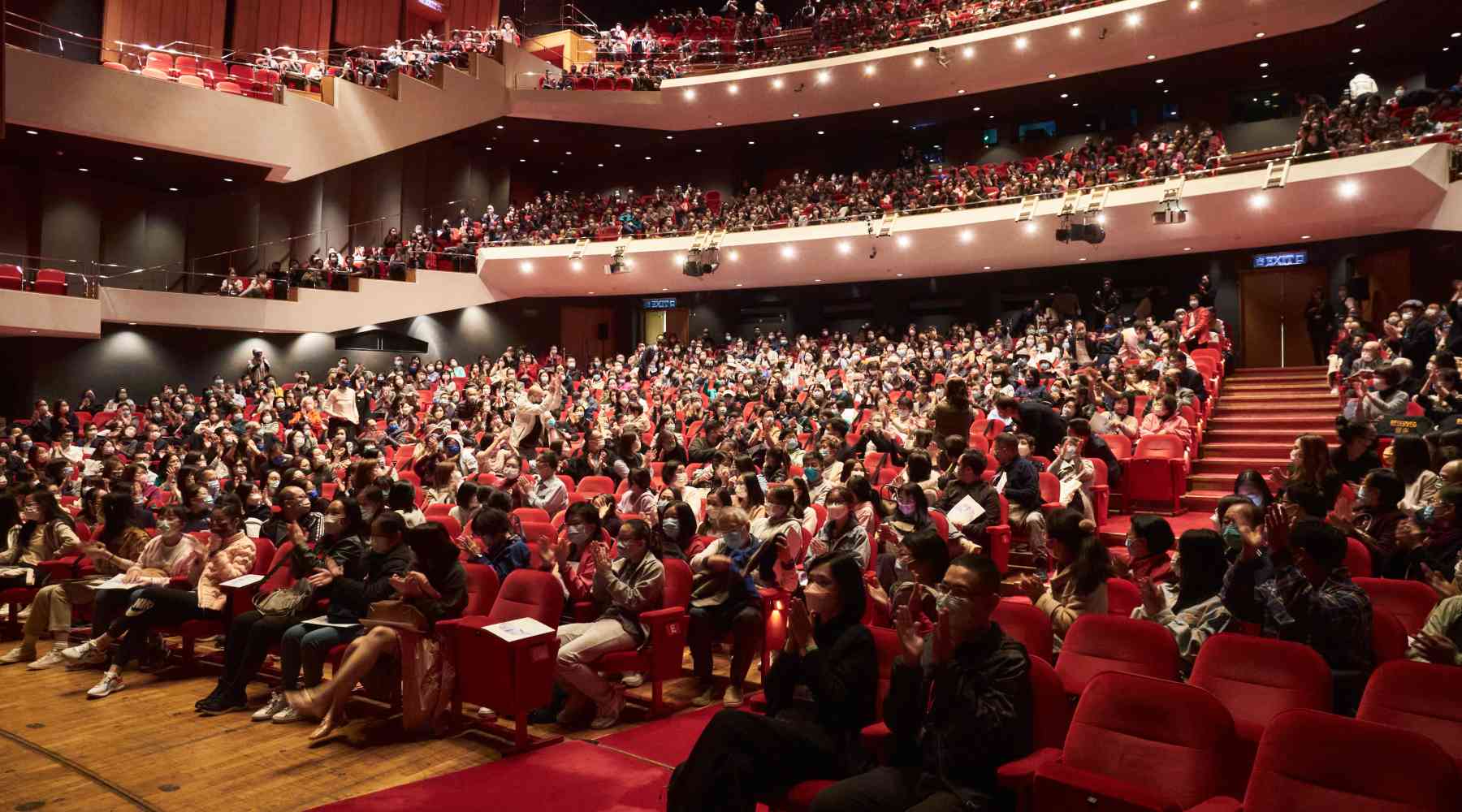 On December 1, 2021, the premiere of fundraising movie gala – "To My 19-year-old Self" was held at the Grand Theatre, Hong Kong Cultural Centre.  Helmed by our distinguished alumna and internationally acclaimed director Ms Mabel Cheung, the film chronicles the growth of a unique group of Ying Wa students through their journey in secondary school – from their time in the old Robinson Road Campus to the decanting school in Sham Shui Po.  The film is an up-close and honest account of the coming of age of these youngsters who all have their own fascinating stories to tell.

With the generosity of all members in the YW family, the fundraising drive was a tremendous achievement for the sake of developing YW students’ potential to meet with the 21st century.  Our Principal, Mr Francis Kwan, thanked the core members of the movie gala team for their kind support and contributions towards the success of the movie premiere. 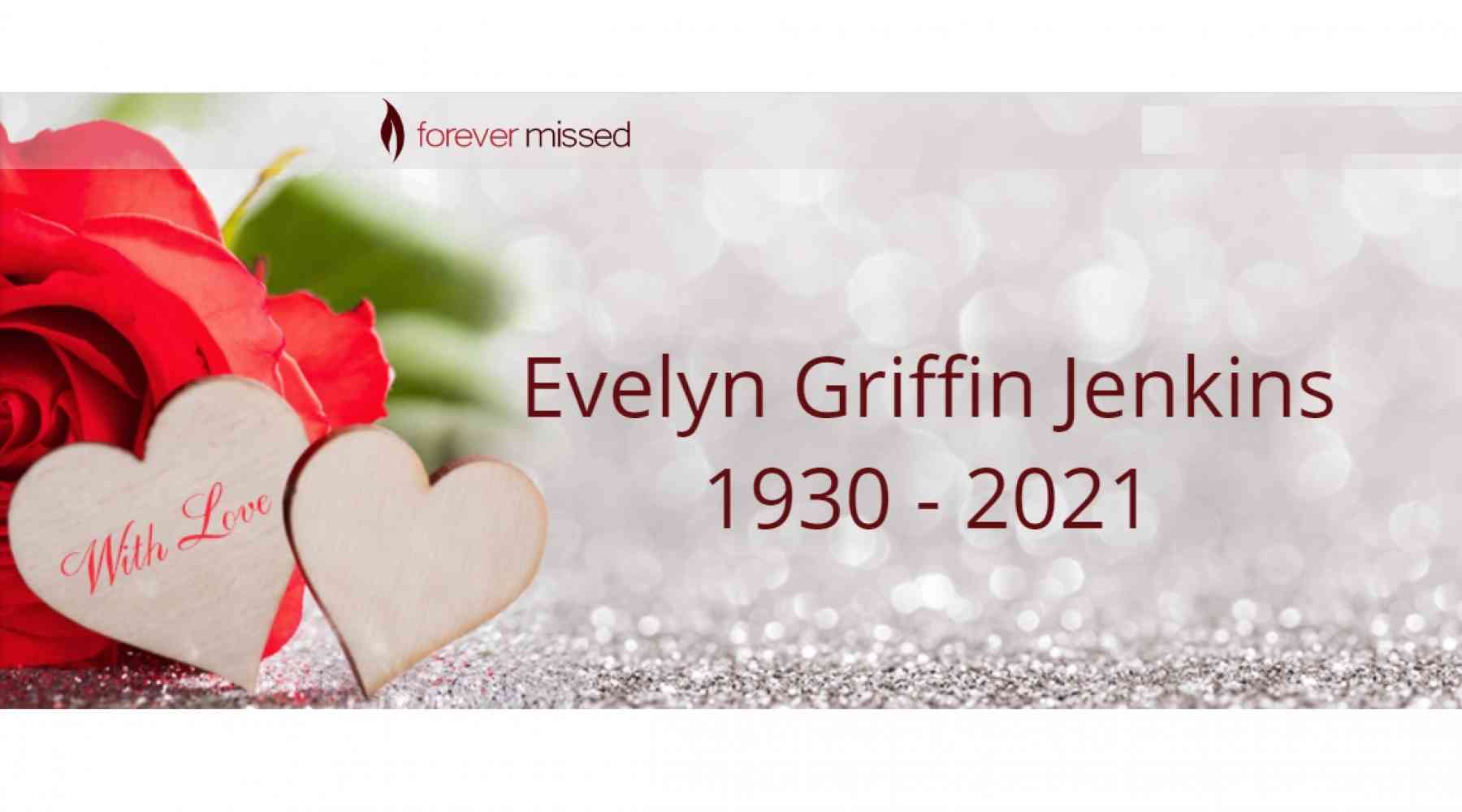 It is with great sadness to bring you the news of Evelyn Griffin Jenkins passing peacefully at the home of the elderly in Kent, U.K. on 12 September 2021.  She was 91.

A graduate of the University of Oxford, Miss Jenkins joined Ying Wa in October 1956, teaching History, English and Scripture.

Miss Jenkins was a quick, sharp thinker, and she was very lively.  Students were charmed by her warm, gentle style and youthful image.  She became Headmistress of Ying Wa in 1967.  Under her leadership, Ying Wa was charged with a new spirit of venture and made bold forays into fun events such as fashion and pop music. And unheard of in Ying Wa’s history, male students were admitted for the first time into the sixth form.  All these aroused in the youthful hearts of the students a sense of freshness and excitement. 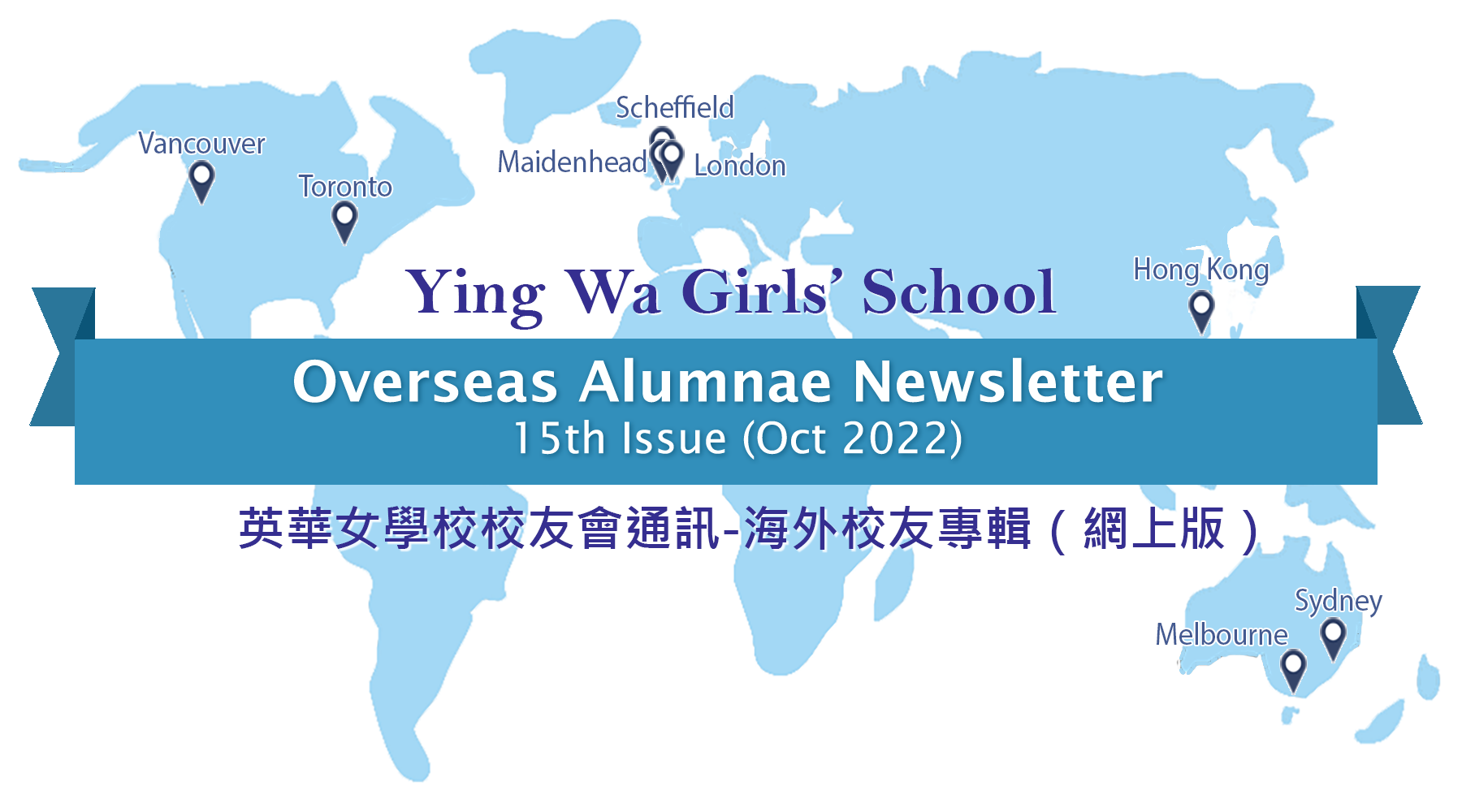 In this issue, we have three articles in memory of our beloved former Vice Principal Miss Kwan Yeuk Laan.  Miss Kwan, aged 101, led a very colourful life.  Her immense love for Ying Wa, good sense of humour, positive attitude and energetic lifestyle will be fondly remembered. 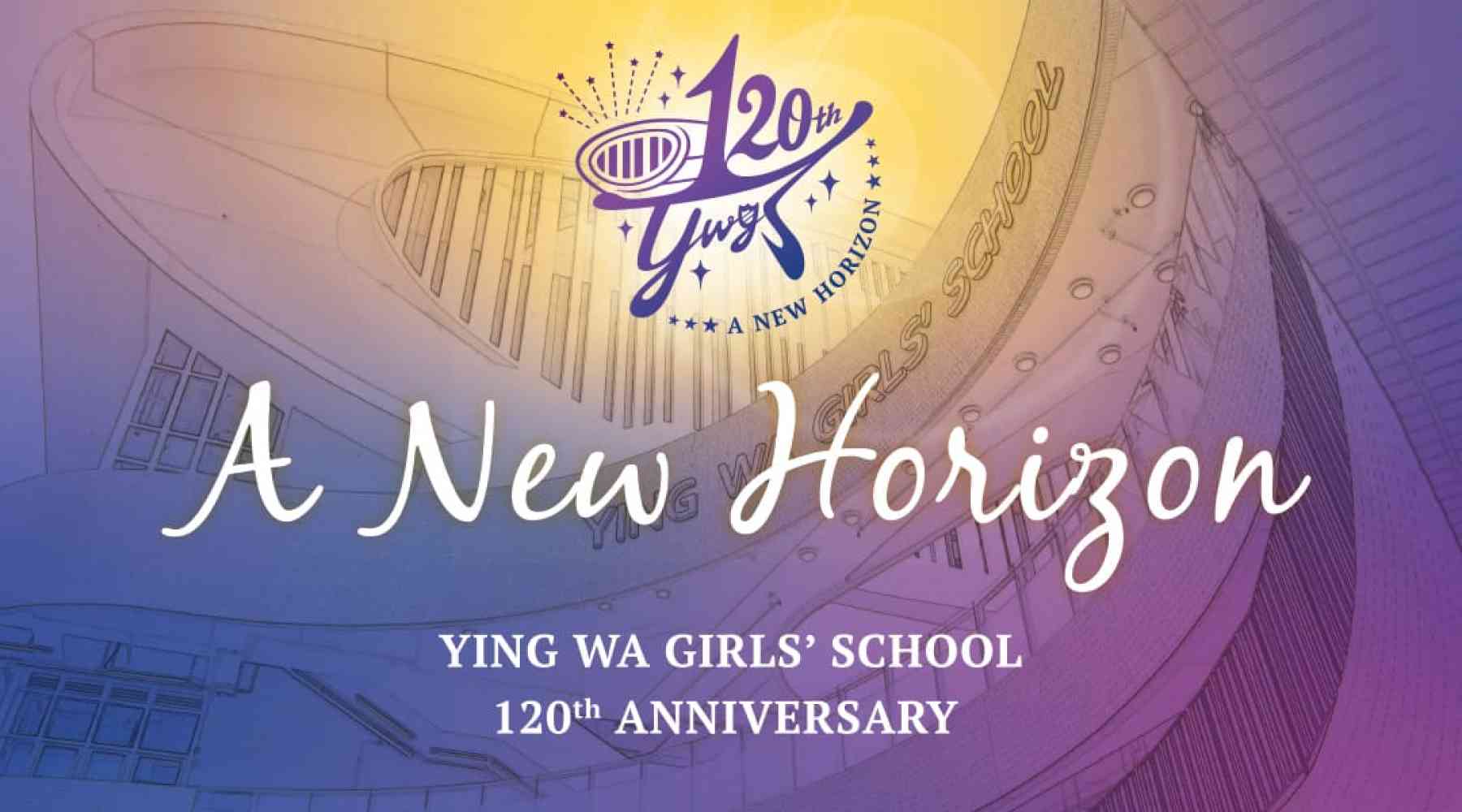 In the run-up to our 120th anniversary (2020), Ying Wa is buzzing with excitement not only because we have returned to our Robinson Road campus, but also because we are ready to kick off a series of celebratory activities unparalleled in our history.

Share the joy with us by taking part in a wide range of carefully-curated events, including the 120th Anniversary Thanksgiving Service, the 120th Anniversary Open Days on 28 and 29 March 2020, and a musical performance, A Stargazer's Fantasy, on 4 and 5 July 2020 at the Hong Kong Academy for Performing Arts.  With our fun-filled programme of events, we hope to present to you a new horizon of Ying Wa, and affirm our devotion to girls' education in the 21st century.

Also keep an eye out for our publications and souvenir sale in the coming year.  An album dedicated to the redevelopment project and an anniversary school magazine are scheduled for March and November, 2020 respectively.  As for those who would like something more to mark this special occasion, look no further than the collectibles available at our souvenir sale.  Don't miss out on the chance to recapture the cherished moments of our 120-year-long journey.

For the most up-to-date information, you can refer to the link for the 120th anniversary (http://www.ywgs.edu.hk/120th-anniversary).

We look forward to welcoming you to our joyous moments! 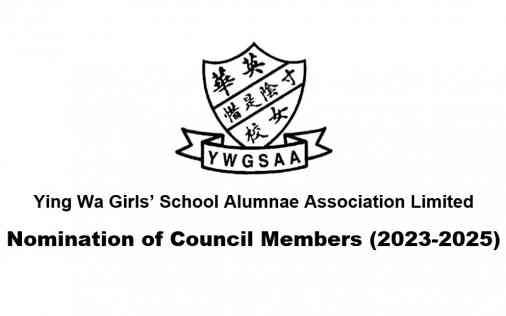 Invitation from Ms Anita Chui, the President of YWGSAAL: 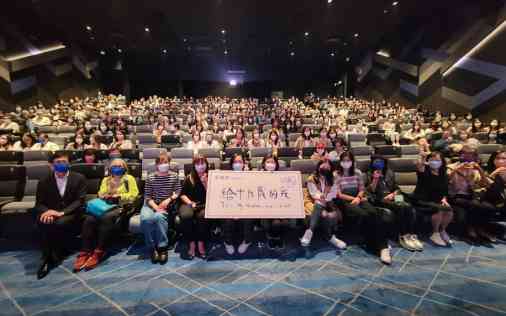 Documentary Screening by AA – To My Nineteen-year-old Self 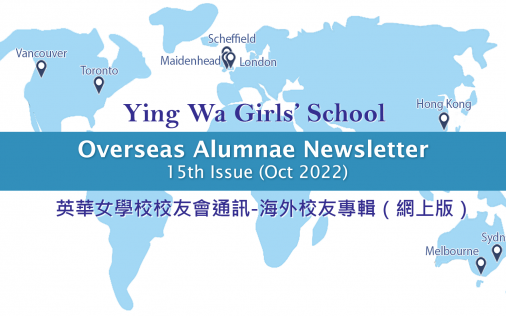 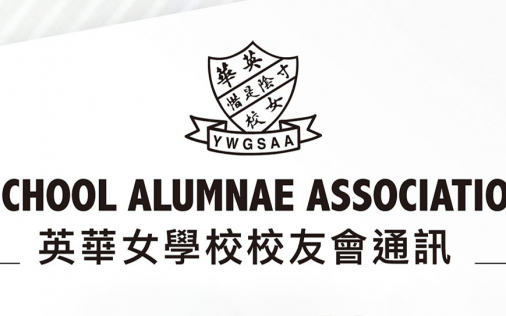 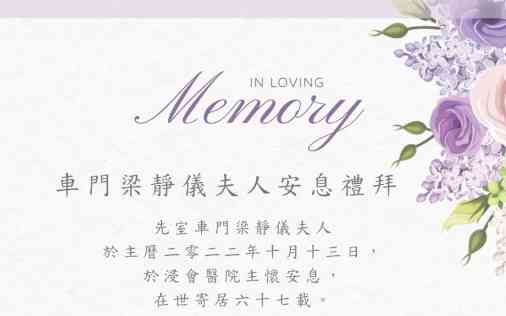 It is with great sadness that we inform the passing of Mrs Che Leung Ching Yee (車梁靜儀老師) on October 13, 2022. 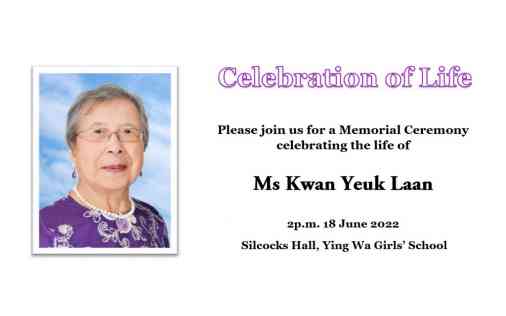 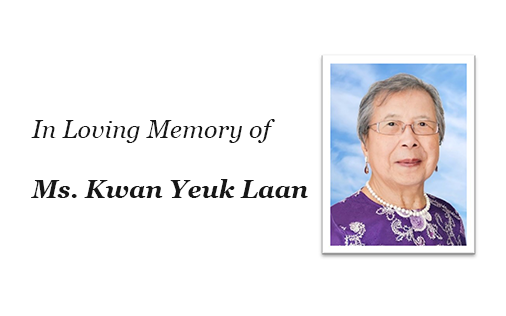 It is with deep sorrow that we mourn the passing of Ms. Kwan Yeuk Laan. 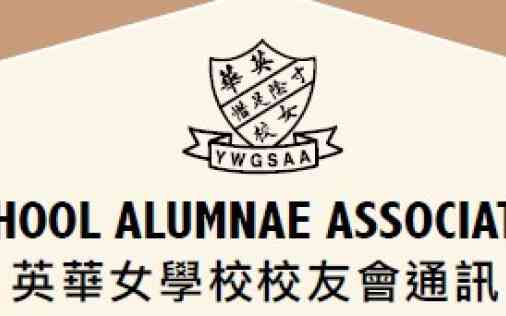 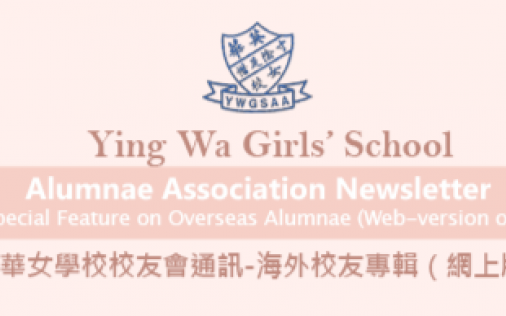 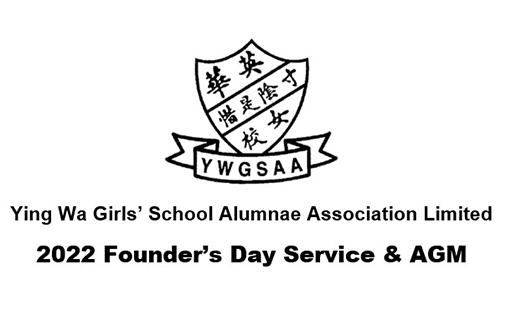 Notice is hereby given that the Founder’s Day Service and Annual General Meeting (AGM) will be held online via the Zoom... 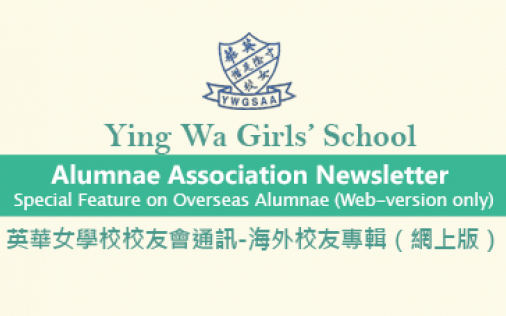 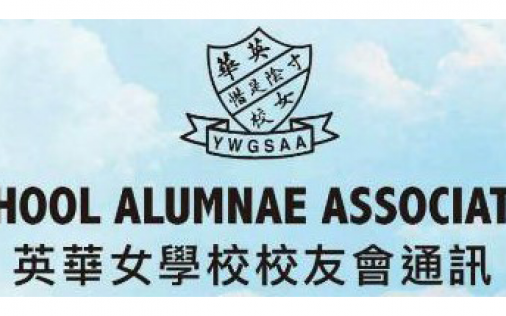 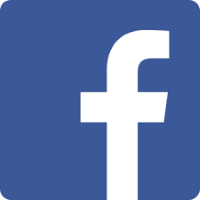