It is with deep sorrow that we mourn the passing of Ms. Kwan Yeuk Laan.  Surrounded by her loving family, Ms. Kwan passed away peacefully on 2 May 2022 at the age of 101. 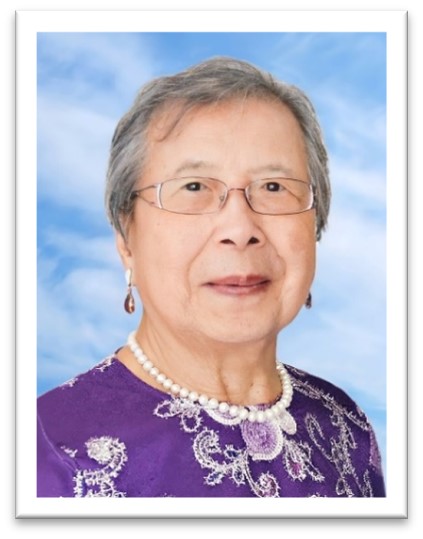 A life deeply intertwined with Ying Wa, Ms. Kwan entered our school in 1932 before graduating to university studies.  She was the only one in her class who matriculated and was awarded a Bachelor of Arts from The University of Hong Kong in 1942.

Her love for education and Ying Wa brought her back to serve as a Geography, Mathematics and Chinese teacher in 1951.  Students were enamored by her warmth and laughter. Her lessons were never boring and her interactive approach to teaching was very progressive in those days.  According to one of her former students, Ms. Kwan was akin to a mother to them.  Always gentle and patient, her love and care were deeply felt by those privileged to have been taught by her.

In 1977, Ms. Kwan became Vice-Principal of Ying Wa.  Her joyful disposition was truly infectious and colleagues spoke glowingly of her.  She was always eager to help and fostered a professional and harmonious working environment here at Ying Wa.  During her time, parent awareness and involvement was something she strongly advocated for.  She worked tirelessly to make a difference by empowering parents with positive strategies and practices.

While her tenure ended in 1980, what Ms. Kwan left behind was a storied and memorable legacy – one that spanned multiple decades and left a positive impact on countless Ying Wa families.

The private Funeral Ceremony for Ms. Kwan will be held at 12:00 p.m. on Saturday, 7 May 2022.  A live streaming link is provided here: https://us02web.zoom.us/j/8239889495?pwd=WHdLOVcxM0VuWUc0d3Rvb0VlN3I2QT09. In lieu of flowers, Ms. Kwan’s family has generously proposed that donations be made to Ying Wa Girls’ School (https://www.ywgs.edu.hk/donation).

Ying Wa Girls’ School will also hold a memorial service in remembrance of our beloved Vice-Principal.  The memorial will be held at 2:00 p.m. on Saturday, 18 June 2022 at Silcocks Hall, Ying Wa Girls’ School.  Live streaming is available and the link will be released shortly.

For those who would like to leave your tributes, a memorial website (https://www.forevermissed.com/yeuklaan-kwan-chan/about) has been set up by Ms. Kwan’s family.  You are most welcome to share your memories and appreciation among her family and the Ying Wa community.

In her long years of association with Ying Wa, Ms. Kwan had touched the lives of hundreds of students. She is survived by four loving daughters, nine grandchildren and eight great grandchildren. All four daughters attended Ying Wa from kindergarten onwards and have remained over the years loyal and staunch supporters of Ying Wa, just like their mother.

Gone but not forgotten, Ms. Kwan will forever be fondly remembered by all at Ying Wa.  May she now rest in peace.