It is with great sadness that we inform the passing of Mrs Che Leung Ching Yee (車梁靜儀老師) on October 13, 2022.

Mrs Che first joined Ying Wa as a young teacher in 1975.  She left for other aspirations in her career and returned to serve Ying Wa from 1993 until 2015.

Mrs Che contributed immensely not only as a teacher in English, Language Arts and Geography in the junior forms, but also as a dedicated and efficient head of the School’s Discipline Committee and Life Education Committee.

A memorial service for Mrs Che will be held at 7:30 p.m. on November 4 (Friday) at the Methodist International Church in Wanchai (271 Queens's Road East). 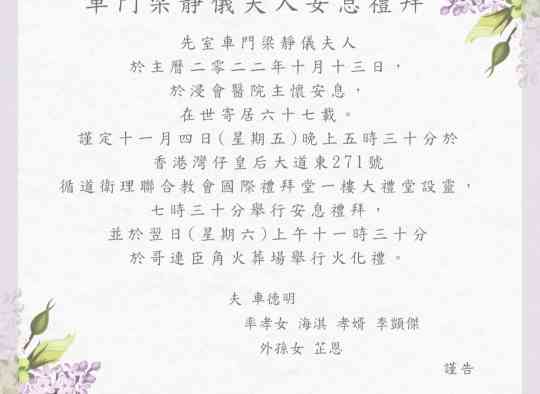